Any help would be greatly appreciated by myself and my community. Thanks. It’s just buttons to click, a name to sign. Easy.

I’m going to pester you about this because it’s way too important so, please forgive me. 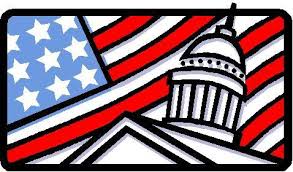 Recently, a bill called “H.R.4814 – Chronic Kidney Disease Improvement in Research and Treatment Act of 2014” was introduced in the U.S. House of Representatives.  Here’s the status according to Congress.gov:

What this means in the bill was introduced in the Energy and Commerce and Ways and Means Committees on June 9, 2014.   That committee acted on it when, a few says later, on June 13, 2014, it was referred to the Subcommittee on Health.  Now, here’s where the fun begins.    If we sit back and do nothing, the bill will languish in this committee for a while and then perhaps nothing will come of it.  It’s…

This entry was posted on July 21, 2014 by jasonhamlin in Uncategorized.

Recent Exchanges – Comments by you!