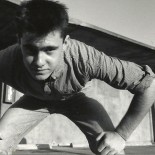 Let’s face it, Cancer gets all the press. Cancer gets all the movies and all the marches and all the pink ribbons. Cancer gets all our pink ribbons, dammit. With good reason, naturally, cancer (for lack of a better term) sucks. What Cancer’s got on kidney disease is speed and movement. When someone gets sick with cancer, people act quickly. Patients on cancer treatments show the results – it looks hard, it gets reported as hard, hair falls out, marijuana gets smoked.  Marijuana gets smoked and nobody calls the fuzz.

So it’s frustrating being the underdog, at least in terms of disease notoriety. I haven’t seen a kidney transplant Walk-a-Thon shut down the streets in Los Angeles, but I’ve sat at lights watching thousands of women march against breast cancer. I’m glad they’re marching – I wish we were.

It’s not really surprising that kidney disease and dialysis don’t get much attention. People who’ve just met me don’t know I have a disease. I hide the catheter in my chest as best as possible. I bust my ass at work just as I always did, I certainly don’t want to let dialysis take my career, too. This blog, in fact, is two decades in the making – it’s taken me that long to go public with my ailments. There is safety in normal, or at the very least, the appearance of it.

When you start dialysis, the doctors all tell you how much better you’re going to feel. But they leave out the part about the end of the honeymoon. Two months into dialysis, the joys of feeling more alert give way to feeling tired all the time. Not just that run of the mill tired, but a goddam strong tired that consumes life. And, even if you’ve figured out how to limit fluid intake, there are those days when thirst is much stronger than measurement capability – and the dropping-blood pressure-payback for those extra gulps is a bitch.

All in all, though, our treatments are boring. Our symptoms are masked. People might call the fuzz if you smoke marijuana. If my blood pressure drops after treatment, I sleep it off. When my catheter gets blocked by blood clots, it’s hardly water-cooler discussion worthy. Over the years, I suspect people forget about those on dialysis. It’s easy to forget about us; we drop out of circulation for social events, we don’t make it to the family gatherings far away, we are just plain unavailable three nights of the week – permanently.

And, worst of all, we stop writing our blog posts. We try to keep up with work and with growing children and doing the dishes. We keep going to dialysis and forfeit 20+ hours of our life – something has to be left behind. For me, it’s been writing blog posts. I lost track of writing for the one thing I want the most – a kidney. Because I don’t have a kidney … irony.

Look, every disease and ailment deserves whatever attention it can get. Cancer is deadly, much deadlier than post streptococcal glomerulonephritis. It deserves the attention it gets. But those of us on dialysis deserve a lot more attention than we get. We deserve more than a passing scene in a movie, or a casual line thrown about in an emergency-room drama, “the patient is on dialysis, but he’ll be fine…”As diabetes takes over more people’s lives more people will end up on dialysis, we’re eventually going to get the attention we deserve. Like the stop sign that went up after the neighbor’s kid got hit, it’s going to involve some casualties. Publicity for a disease starts slow, only gaining momentum with the people it kills.

A blog is a good start, but I would like to see a parade. I’d like to see people giving kidneys to strangers because they were moved by a commercial, or by the gripping movie they just saw. What I’d really like, though, is the opposite  –  that which comes on the other side of the attention – I’d like to see kidney transplants become so common that they end up in a small, regular column on the 8th page of the D-section of the Sunday newspaper. And I’d like to see that before we need the front page. I’d be happy to forget all about the extreme need for kidney transplants … and go out and help my friends with cancer.

5 comments on “An unattractive, lazy disease.”

This entry was posted on February 1, 2010 by jasonhamlin in Dialysis, Feelings, I need a kidney, Kidney Failure, post streptococcal glomerulonephritis, Uncategorized.

Recent Exchanges – Comments by you!